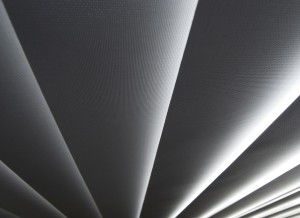 The other day I had lunch with an old friend. Talk turned, as it usually does sooner or later, to books. My friend isn’t a bookavore; she reads for pleasure, but doesn’t often have the time for it. When she does find a book she loves, she reads it compulsively, unable to put it down.

It had been a long time since that had happened, but, she told me sheepishly, there was a book that grabbed her like that just recently.

I asked her what it was. It was the ‘sheepishly’ that interested me; my friend is usually very forthright, and never the type to look away.

“It’s not exactly high literature or anything,” she said, playing with her fork. “It was Fifty Shades of Grey.”

This book caused quite a stir in my little Twitterverse a few months ago, largely due to its fanfic origins. I waited to hear what she had to say about it. What made her love the book so much?

It wasn’t the sex on every other page. She rolled her eyes about that one, and said it got to be a little much, after a while. No, it wasn’t the sex, although that seems to be what the book is famous for. It was the characters.

I’ve never read the book, although I’ve read a lot of different opinions about it online. None of them said anything about outstanding character development. But nothing I’d come across was from a real reader, someone who picked up the book out of pure curiosity and enjoyment, not with a writing-related agenda. And do you know what? I liked what my friend had to say.

She connected with the female main character. She identified with her. My friend knows what it’s like to feel insecure and not good enough (don’t we all?), and to wonder what someone she finds attractive could possibly see in her. And as that character grew in confidence and strength, my friend took that journey with her. The character started to accept herself, and to accept that she could be ‘good enough’ — and my friend decided that maybe she could, too.

Reading the book made her feel good about herself.

My friend is intelligent, capable and driven. She’s an entrepreneur. She has friends and family who love and value her. She’s a kind, responsible person who is always there for the people who need her. We’re both creeping up on forty in a few years, but I think she looks pretty darned incredible. Her husband has been crazy-mad in love with her since high school, when they met — I know because I was there!

I guess what I’m trying to say is, there’s no reason why this smart, attractive, accomplished woman should ever doubt for a second that she’s not miles beyond ‘good enough.’ But sometime she does; we all do. Heck, I write for kids — it’s entirely too easy for me to slip back into that insecure twelve-year-old skin. Maybe because I never entirely crawled out of it.

So if this book, if any book, gives her what she needs to go on a character journey and realize her own self worth, that’s brilliant. On the strength of that alone, I would never begrudge E.L. James a single cent of the kazillions of dollars this book has brought in, whatever people might be saying about its fanfic origins. And besides, I love any book that gets people reading. Any book.

Am I going to read it? Probably not. But I’m glad my friend did, if the vicarious character journey helped her to see herself the way others see her — as someone special. Someone fabulous. If any book does that for any person, the author can be proud.

So no, I probably won’t rush out and add it to my teetering to-read pile. But when I see someone else reading it, I’m going to smile, and hope they get as much out of it as my friend did. And someday, I hope to write a book that takes someone else on a journey like that — the right book for the right person at the right time.

And maybe, just maybe, this helps me understand the whole Twilight thing a bit better…

2 thoughts on “Shades of Grey”