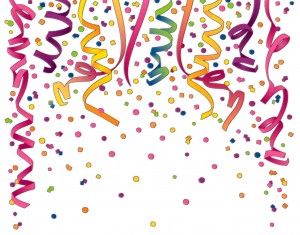 Last week, I finished a new draft of a book I’ve been working on for some time, Tyler’s Intergalactic Spy School.

It isn’t a book launch. It isn’t a contract. It isn’t even done yet — this is just one draft, out of many. Next week I’ll be heading to Nova Scotia with several other writers (thank you to the Saskatchewan Arts Board and the Access Copyright Foundation for the opportunity!), and will have the book critiqued. My husband has already read it, and pointed out a few continuity errors — a hazard of juggling so many different revisions. And just yesterday, my daughter pointed out gleefully that in one spot, I have the wrong character name down so it looks as if a character who couldn’t possibly be in that scene is wandering around a cabin with Tyler.

But every now and then in the writing, you reach a point that feels like a milestone. This was a milestone for me. I’ve even sent this draft to my agent for her feedback — she saw an early draft a couple of years ago, but I spared her all of the iterations in between.

The thing is, I’m pretty good at tearing things apart. I will question even the most basic premise of a story I’ve written, and start from scratch over and over again. It doesn’t always feel like progress, although, as one wise writer pointed out the other week, with each draft and rewrite I’m learning more about the craft. At least, I hope that’s the case.

It takes a lot more time to build a story up again and reconnect all the severed plotlines. And sometimes I can just tell I’m on the wrong track, and that I haven’t laid down all the right pieces to lead to a good ending. Then I scrap it and start again. I’ve done that many times with this book.

This version feels closer. It needs work, but that’s okay. I think I might actually have the shape of the story right this time. At the very least, I’ve written a cohesive draft that leads to an ending that I don’t hate. That I even kind of think has potential. This draft was worth sharing, where so many others over the past couple of years haven’t been.

My daughter is reading it. She picks it up willingly and asks me questions about what’s coming (which, of course, I don’t answer). Sometimes she reads lines aloud, laughing, which is something she usually only does with her favourite books. I feel honoured beyond all imagining when that happens. And, holding my own with every insecure writer on the planet, I get fretful in the silences in between.

For now, I feel proud to have wrestled the story to this stage. That feeling might change next week, when the feedback starts to roll in. I might even tear the story apart again, although I hope not. I hope that I’ve reached the point where I can finally edit the story I’ve got, rather than doing  drastic rewrites connected only by a title. But if it’s necessary, that’s what I’ll do.

Even if I’m finally on the right track, the editing process won’t all be peaches. There will be that stage where I discover that my story is the worst drivel ever to have graced a computer screen, and that I should probably get a job in a toothpick factory. And at some point, my manuscript will be such a mess of deleted sections and new chunks and scribbled comments and sticky notes that it will be hard to remember that there was this moment, in early September, when it looked like a real story. When I was happy with it, and thought it was worth working with.

But I’ll try. Because in any climb, you have to stop now and then to admire the view and feel happy about what you’re doing, even if there’s half a mountain still ahead of you. This blog post, maybe, is me taking a picture. For later, when I need it.

So right now: my draft is finished. I have a story that you can read from beginning to end, and it mostly makes sense. And some cool things happen, and there’s an ending. (That part’s key. Endings are hard.) It feels good to have gotten to this point.

Maybe there should be cake!