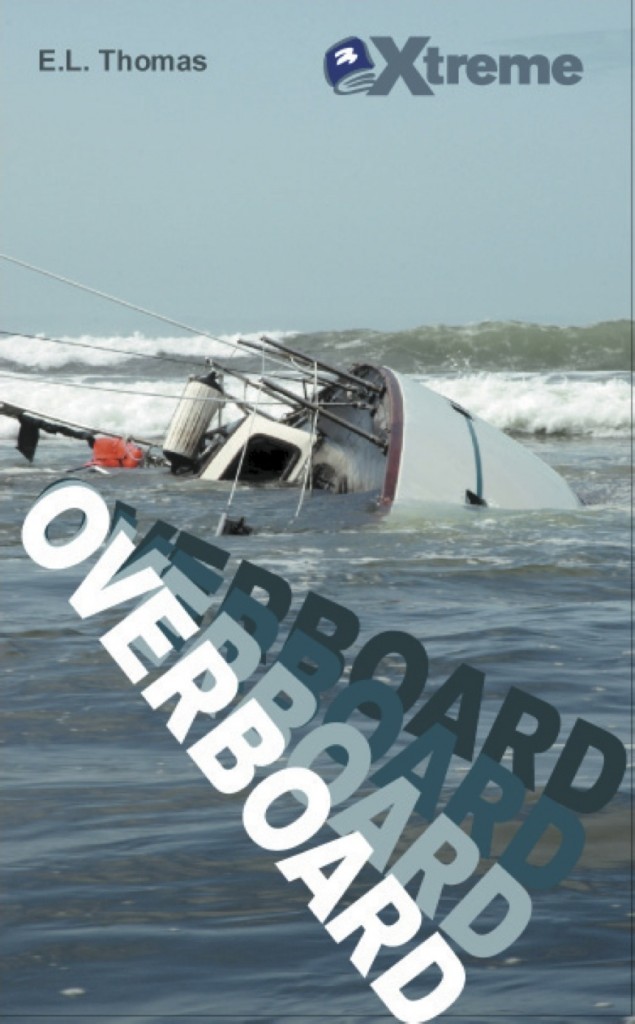 Sailing to the Bahamas should have been easy, but an engine fire changes all that. Suddenly Tanner and his kid sister are stuck in a lifeboat with a teenage kid who’s been nothing but trouble. Tanner is exhausted, his sister is injured and the kid is acting like a jerk. Things are bad — and then the storm hits!

I screamed and threw the tiny paddle out to sea. Then I panicked and tried to reach it.

“Moron!” Cory grabbed me by the shoulders and pulled me back to the center of the raft. “What did you do that for?”

“My Dad’s on that boat,” I said. I felt like someone had punched a hole in me and let all the air out. My voice was small and my eyes burned.

“And there’s nothing we can do about it,” Cory said.

I shook him off and knelt in the middle of the raft. The Sparta was a speck now, a small speck on a big ocean. I stared and stared. As long as I kept her in sight, Dad and I were connected.

But I was too weak. I blinked.