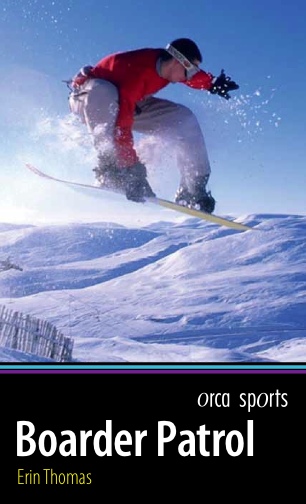 Sixteen-year-old Ryan is determined to be a professional snowboarder, but he’s learned from what happened to his father that doing the right thing can get you in trouble. So when his board is stolen, and he discovers that his cousin knows more than he should about recent criminal activity at the ski resort, Ryan has to choose between career and family, and hope that, for him, doing the right thing will pay off.

I was in the trees and three turns down before I noticed that something was wrong. My bindings were loose on the board. They rattled when I turned.

I struggled for control, but I was going too fast. My board shot free. It hurtled down the hill without me. I hit the snow hard and flipped, my bindings still attached to my boots. It hurt.

I tucked and rolled. I was still in the trees. Bad place to fall.