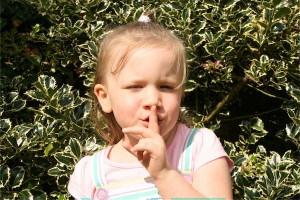 Give characters secrets. One of the keys to Downton Abbey. #writing #writetip

We all have secrets, don’t we? They change the way we do things, and the way we see people. Think about the secrets in your life and how they colour your view.

You don’t have to tell me your secrets; I’m not going to tell you mine.

Here’s something I will admit to. I’m a Downton Abbey fan. My husband and I started watching it because of the time period (I’m playing around with a novel set in 1910) and were hooked by the end of the first episode. And as the series unfolds, there are a lot of secrets. They hit all the doozies: A dead body, affairs, a secret identity, passions… it’s a minefield. And it keeps us watching.

There’s this middle-grade novel I’ve been revising for a while. I’m at a scene now where one of my secondary characters, a ten-year-old girl named Marissa, could find something out. Something important. What do you think? Should she learn it now? Or later?

Probably later. Because right now my main character Tyler knows the secret, and the reader knows it, and nobody else does. There’s tension in that.

Tyler has to navigate his way around Marissa and keep his secret safe without screwing up their friendship. It makes his life difficult. And let’s face it, any opportunity to make the main character’s life difficult is a bonus.

Besides, the reader likes being in on a secret. Who wouldn’t?

I used to see it in the classroom. Offer to give kids a writing tip and their eyes glaze over. But offer to tell them a secret about writing, something their regular teacher probably doesn’t know? They lean forward.

Think about ways you can use secrets in your writing:

Here’s another thought. Has anyone ever told you a secret you wished you didn’t know? There’s no going back, is there? Not once you’ve learned the truth. How can you use that in your writing?

Or… what if the secret isn’t true at all? What if it’s a lie? How does that change things?

I’m going to let my character keep his secret for a little while longer. I’ll play with it and see what kind of tension it adds to the current scene, and then to the one after that. I’ll to wait until he’s boiling over with it, until he has to tell someone or explode — and then I’ll come up with a good reason why he can’t tell. Because writers are mean like that.

Is there a secret that can add tension to your current scene?