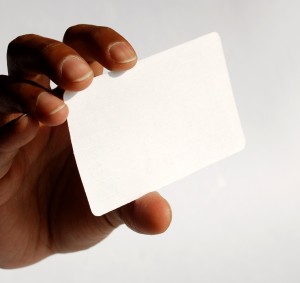 I recently read a book that featured two characters who had distractingly similar names. Harold and Howard, I think they were. They might as well have been Michael and Mitchell, or Jane and Jen. The point is, it’s confusing. And not just for the obvious reasons.

This is something I cover when I talk to people about writing for reluctant readers. It’s one of those areas of overlap between teaching-related nerdery and writing-related nerdery, and I love it, so please bear with me.

As we learn to read, we tend to look to the first letter of any given word as an important reading clue. I saw this when my daughter was learning to read. Faced with a TH word (the, then, that, those, thing, thistle…), she would nearly always guess “the.” With time, her guesses grew more sophisticated, meaning she would pick a TH word that more or less fit with the way the sentence had been heading. Still, she was ignoring the word endings and clinging to that first letter or letter sound as the best clue to inform her choice.

That’s why it’s a good idea to avoid character names that start with the same letter. Do you really need Kashif and Karyn to be in the same book? You might. Maybe the meaning of each name is important. Maybe you want confusion caused by the name similarity to be a plot point. Or maybe those are the names that speak to you and make the characters come alive, and no other names will do. Do what you have to, but there are lots of great names to choose from. If you can, why not give the reader a break?

As we become more proficient readers, we start to look at all the letters in a word, one by one. This is the sounding-out-the-words stage, even if the sounding-out happens only in our mind. Reading this way is slow but accurate, once you get the hang of it. Still, words that contain too many similar letters can be confusing.

Faster reading happens when we start to recognize words by their shapes. Try drawing a loose outline around Sally and another loose outline around Betty. Up, down, over two tall letters, down around the Y and straight across the bottom. The shapes are similar, aren’t they? Not only would I avoid Michael and Mitchell in the same book (based on first letter, letter similarity and word shape), I would also avoid Sally and Betty.

Again, there are so many great names to pick from. Put some thought into the way the name looks on the page, as well as to its meaning and sound. Do this for names, places, and any other words that you have a choice about.

(For reluctant and young readers, I tend to favour names with phonetically correct spellings as well, but that’s another blog topic.)

I recently rejected Bridget as a name for a character. It’s a great name. I love it. It has Irish roots, which I needed, and a meaning related to fire and light, which I liked. If I’d been planning to write my story in first person, I might have gone with it. But because I needed to use third person narration, Bridget was going to appear several times on any given page. And… it’s a bulky name, isn’t it? Lots of loops and up-bits and down-bits. Wide letters. In the end, I went with Kate. Faster to read, faster to say.

The Bridget/Kate book isn’t for reluctant readers, by the way. I try to take name appearance into account for most books I write.

Kate has formed herself into a different person in my head than Bridget was going to be, I think. It’s hard to know. I’m still playing with the character at this point, so she’s going to evolve no matter what I call her. I’m not too bothered by it; I liked the name Bridget, but I like the name Kate too, and I’m happy with the person she’s shaping up to be. It’s a lot tougher to change a character name once you’ve started writing the book properly and gotten attached to it.

The point I’m trying to make in this post is that books are, generally speaking, a visual medium. They’re oral, too, which is why reading your work aloud is such an important part of editing process. But we don’t tend to hear a lot about the way things look on the page, and that’s part of the reader experience, too.

These naming guidelines are especially important when writing for young children, reluctant readers, readers for whom English is a second language, or anyone who might struggle with reading. We all have off days–days when we’re tired, or when we’ve been away from the book too long and are struggling to remember who the characters are. I’m a pretty good reader, but I have to admit, the Harold/Howard thing stymied me when I’d been away from the book for a few days.

If there’s something you can do to make the reader’s life easier, to reward the process that they’re making in learning to read, to make reading more enjoyable, or to make it easier for them to keep flipping pages… why not do it?