Today’s blog post is inspired by K.M. Weiland’s post on plotting. Worth a look, if you haven’t come across it already. I’m looking forward to her new book! 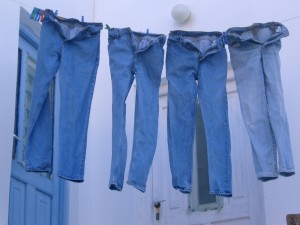 I’m an outliner. A “plotter,” as writer-types tend to call it. (As opposed to a “pantser,” who is more likely to start off with a character or image or talking graham cracker crumb and just start writing and see what happens.)

The thing is, my outline is nearly always wrong. It starts off well enough, but as I start writing, things change. It’s a tiny change at first. Just a little “oh, we’ll go around the block, but we’ll get there anyhow.”

But then the character who made that decision or had that experience comes to the next branching-off point, and he’s different. Characters are informed by experiences, just as we are. So maybe the character saw something that wasn’t in my original outline, and that something changed him. Or, as his personality emerges and is firmed up through dialogue and actions, I realize that he would never say or do what I had planned for him to say or do. The character I’ve written so far in the book would handle the problem in a completely different way.

One small branching-off leads to another, and usually by the time I’m nearing the end of the first draft, my map is useless. That’s always a major frustration point, when I’m ready to ball the whole thing up and feed it to the dog (she likes paper). But I get the dog a milk bone instead, and then muscle through it, or rethink it, or do whatever I have to do. Often I build a new map, sometimes I try to wing it. It’s different with each project.

In some writing circles, I keep quiet about my outlines and plot points. Being a plotter is a flaw, an embarrassment, a secret shame. Real writers rely on intuition. It’s art, not science. They follow their characters around all day and wait for the characters to make the decisions.

Well yes, that sometimes happens. In a way. At least, I suspect that something like that is happening when my outlines go awry. I get a skin-crawly feeling talking about characters coming alive inside my head, though, so I prefer not to look at that side of things too closely.

And I can’t even start writing without some kind of an outline, even knowing that it’s likely to be wrong. I think I’ve finally figured out why.

We all have different ways of incubating. I call it “back-burnering,” but incubating is probably more scientific. When I’m outlining, the characters and the situation and all the possibilities are rolling around in my mind. I’m spending time with them. I’m getting to know the story, and if I start writing too soon, it’s useless. Some people might incubate by researching a historical period, some by daydreaming, and some, maybe, by writing. My “pantser” friends tend to write many, many drafts. Maybe some of those early drafts are just another form of incubating.

Control freak that I am, I incubate by planning and making story maps and playing with ideas. I’ll write a couple of scenes from this character’s viewpoint or that one’s, try first and third person, see what works. Most of those early scribblings get chucked, but sometimes they help me firm up my outline.

I devour books on story structure and hang different methods on different story ideas as if I’m dressing them up in coats. Sooner or later, something will look right.

So this is me coming clean. I’m a plotter. I make maps and outlines and gosh-darned charts before I tackle a manuscript, and then do it all over again when I’m editing. I use giant sheets of paper and even a ruler. I colour-code things and I have an ongoing love affair with sticky notes. I use writing software that incorporates electronic index cards. And that’s okay.

(Roll call: any other plotters out there? Drop me a line. We’ll start a support group or something.)

2 thoughts on “Plotting and Pantsing”