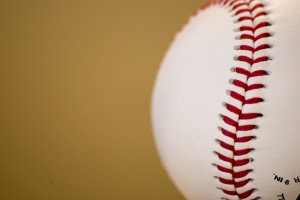 Maybe that should be “Write Like Jose Bautista Bats.” I have no idea whether or not he writes. But if he does, I bet he’s good at it. (Spoken like the wife of a true Jays fan.)

So a month or two ago, I found my brother’s Sports Illustrated magazine at the cottage. I noticed a line near the top of the cover: “Slugger Jose Bautista: Do You Believe?” Thinking it might be fun to spout a few sports facts and watch my husband’s eyebrows flip-flop, I read the article.

(For those of you wondering, it’s the June 27, 2011 issue with a giant golf headline on the cover. Joe Posnanski is the writer.)

Jose Bautista plays right field and third base for the Toronto Blue Jays. He has hit about eighty gazillionty home runs this year and is widely regarded as the best player in baseball. Not bad for someone who spent a lot of years being either cut or traded. It’s enough to make people wonder if he’s for real. Steroid rumours… an ugly thing. Or, more poetically as in Posnanski’s article, “Do you believe in miracles?”

Bautista hits the ball like his bat is powered by rocket fuel. He came out of nowhere.

As a teen in the Dominican Republic, he sent videotapes of himself out to major league teams. He played college baseball in Florida and was picked up by the draft (20th round, not spectacular) in 2000. He’s played for a handful of teams, and didn’t land with the Blue Jays until 2008. Even then, he was what Posnanski describes as a “spare part.” There was no indication that he was going to become anyone’s star hitter.

But he worked at it. He had a fast swing, but needed to connect with the ball. The Toronto batting coach told him to start his swing earlier, so he practiced. Vernon Wells told him to start even earlier than that, so early that it felt ridiculous, so he tried it. And that was when the crazy home run streak started.

My point (and forgive me if I’ve gotten some of the baseball jargon wrong) is that Jose Bautista didn’t come out of nowhere. He put in a lifetime of effort. He was drafted eleven years ago, and landed with the Blue Jays three years ago. He had this incredible potential that people caught glimpses of, and he never gave up. He’s been working at this, trying different things, and finally something clicked.

When I was a kid, my piano teacher used to write inspirational sayings in my book. One of them stays with me, never-mind-how-many years later. “You usually find people not very far from where they quit trying.”

That’s the kind of writer I want to be. I love writing. I want to work at it and try new things and get a little bit better with each project. Maybe someday I’ll hit home runs — I don’t know. That would be great. But if I do, I hope no one ever imagines that it came out of nowhere. For me, this is a long-term game.

And I suspect that’s also the case for a lot of so-called overnight successes. Even first books often have a lot of years and a few buried manuscripts holding them up. Not always, but often. There’s that saying, “The harder I work, the luckier I get.” And for anyone, wouldn’t it be terrible to feel that your greatest success was behind you? That you had already written your best book, that you had nothing more to say? I think so.

You have to love the process of writing. If you’re really lucky, if you’re having a good day, the “practice” won’t even feel like work. But sometimes it will, and you’ll do it anyway.

And so if you’re writing, even if you’re just starting, feel good about it. You’re making progress. Not every book needs to be published, just like not every swing of the bat needs to hit home. There’s room for misses, and there’s room for getting better.

And someday, when people say that your success came out of nowhere, you can smile and nod politely and say you owe it all to Jose Bautista.