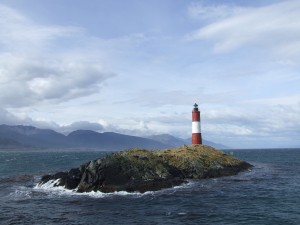 So I read the other day on Twitter that the world is ending this weekend. And really, if the world were ending, where else would you find out about it? If you can’t trust Twitter, what can you trust?

It reminded me of the last time I heard about the world ending. This happened a little over ten years ago, back when I was a technical writer for a software company. You’ll think I’m talking about the Y2K crisis; I’m not, although I do remember the panic around that. The software company made more than a little money off of Y2K projects.

But no. This is something different.

The company was small enough that we shared office space with another software company. And one of their senior consultants (we’ll call him Bob; plenty of Bobs in this world) was sure that the world was going to end on May 5 (the Cinco de Mayo) of the year 2000.

This was something out of the Mayan calendar. And something to do with the planets all lining up on the opposite side of the sun from the Earth. I didn’t quite follow all of what he said, but I gathered that major tectonic shifts and world-ending weather anomalies were expected.

Bob was a smart guy. Scientific, well spoken, successful. He had a lovely wife and three or four bright, well-behaved kids. And also, he had planned his life around the coming apocalypse.

I hesitate to consider whether the three or four kids were part of the plan, but he had studied local fault lines and predicted the likely outcomes of earthquakes before buying the property where his house was built. Out in the country, of course. I believe that there was some kind of fallout shelter involved, well stocked with water and canned goods. The family was as self-sufficient as possible, at that time, as far as water supply and electricity; they had the land, if not the time, to grow their own vegetables. He was ready for disaster, and he talked openly about it.

Had he not fixed a date to the disaster, he would have been prudent. Environmentally friendly, even. But he had a specific date in mind. He knew when, and how, the world would end, and that was the driving force behind many, if not all, of his actions. And that made him interesting. Weird, but interesting.

I was reading something recently about how characters need to have a passion. I believe it. We’re drawn to people who are different, who are passionate, who are motivated. Action is interesting. If Bob had just talked about the world ending and not done anything about it, I probably wouldn’t remember him nearly so well.

So there are a couple of things I want to point out here, from a character development point of view.

1. I know he really believed the world was ending, because he took action accordingly. He didn’t just pay it lip service. He didn’t just think about it. He acted. Makes me want to look at my characters and make sure that, right or wrong, they’re acting on their convictions.

2. The fact that he was wrong didn’t make his conviction any less interesting. In fact, it made it more so. So the take-away there is that it’s okay if your character is barking up the wrong tree, as long as he has a reason for it. And honestly, the more I see him act on it, the less convincing I need that his reasons are valid. I know that he thinks they’re valid, and that carries a lot of weight.

3. Bob was not a paranoid, shelter-building recluse. He was a senior consultant. Good with clients. Friendly. Respected. Extremely intelligent. Which is another reason why he sticks in my memory, and the stereotypical guy on the street corner with a sign that says “the end is near” gets forgotten. Contrast is good.

May the 5th fell on a Friday that year. I think he was off-site, or at least not in the office that Friday. Because I remember the following Monday, the 8th, as being the awkward day. What do you say? “Good morning, Bob. Nice weather we’re having, eh? And hey, look — we still have weather!” Smile.

I think we left it at “Good morning, Bob.” Or at least, I did. I can’t speak for the guys in the stockroom. They were their own sorts of characters, and acted on their own convictions.

It seems to me that as writers, we could do worse than push our characters outside the norm and let them act on their convictions. Let them be different. Let them be weird. Let them be right, or take a real risk and let them be wrong. Let them follow their beliefs and fall on their faces doing it. And learn from it, or not. Either way, it will make them memorable.

P.S. You may gather from this post that I don’t believe the world is any more likely to end this weekend than at any other time. I’m not an expert in these matters, but it has been my experience that apocalyptic events rarely run on schedule. But if it were ending?

I’d want to write. Maybe read a little. Spend time outdoors, spend time with my family. So that’s what I’m going to do. How about you?

4 thoughts on “The End of the World”