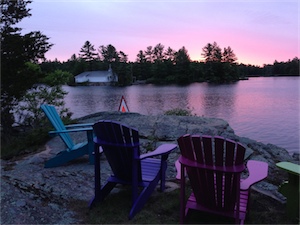 I love Writer Unboxed. I do. It’s one of my favourite writing blogs.

Today’s article, though, has me a bit riled. It’s called “Why the Hero’s Journey is a Tourist Trap.” As it happens, I spent last weekend at a two-day seminar in Toronto, along with some very talented, dedicated writer friends. (Hello Anne Laurel Carter, Lena Coakley, Jennifer Gordon, Karen Krossing, Gwynn Scheltema, Rebecca Upjohn Snyder and Maaja Wentz!) The speaker was Christopher Vogler and the topic was, of course, the hero’s journey.

Since I’d been meaning to blog about some of what I learned, today seems as good a day as any!

For those of you who don’t know, Christopher Vogler is the author of two books on writing: The Writer’s Journey and Memo from the Story Dept.

The first, The Writer’s Journey, is about using mythic structure to support your writing. Also, as it happens, your writing life.

This was the first “real” book I ever read on structure — maybe even the first “real” book I ever read on writing. By that I mean it’s the first book I read cover-to-cover that went beyond the basics of how to put a sentence together. It was the first one that resonated and made me think there was more that I could learn about writing than what we learned in high school. That writing wasn’t just for the special few people who were born with the magical gift of being able to create books. That this was something that could be learned and that maybe, just possibly, I could learn it too.

In the past years, the hero’s journey hasn’t always been my go-to resource in terms of structure. I discovered others: Robert McKee, John Truby, Michael Hauge, Jack Bickham, even the late Blake Snyder. Like many novelists, I tend to expose myself to a lot of ideas and keep what works for me — which changes from year to year and from project to project.

I’m not going to outline the steps of the journey here. Vogler’s book does a much better job of it than I ever could. But the gist of it is that the hero starts out in an ordinary, everyday world. He experiences some kind of trigger or “call to adventure,” and ends up having an experience in a new, “special” world, which brings him face-to-face with his greatest fears and transforms him. He then returns to the ordinary world  bearing some kind of “elixir” — which might just be knowledge that he obtained or insight into a new way of living — which he shares with his community.

Does it even sound like it should be taken literally? Some books do that, granted, particularly in the fantasy genre, but the structure certainly doesn’t need to be used that way. A special world might be somewhere new and strange and magical, like Oz. It also might be a new circle of friends, or simply a new way of behaving in the world we live in every day. Trying on a new persona.

Christopher Vogler wasn’t up there at the front of the classroom encouraging us to churn out cookie-cutter stories. I think he’d cringe at the suggestion. (He comes across as an absolutely lovely person, by the way — warm and caring and genuine and passionate about his work.) He’s all for the cherry-picker approach. Use the pieces that work for your story, he said. Think about what insight you can gain into your characters by considering what archetype they are most closely linked to in a given scene. Double up on story points if you need to. Move them around. Play. Hamlet, he pointed out, can be seen as a series of calls to adventure and refusals that build and build until the end.

I can’t speak for the instructor in the Writer Unboxed article who insisted that a character needs to cross water at some point in the story. Sometimes having a physical barrier of some kind, or a line that needs to be crossed, can be effective. Sometimes not. It can’t possibly be a requirement of every story.

Sometimes it’s tempting to use these approaches to plot structure as checklists. They’re not that. I like having a conscious understanding of the different ways a plot can be put together because when I get into trouble, it helps me work it out. I’ll hold my manuscript’s saggy middle up against different suggestions that these story structure gurus have about what happens at the midpoint of a story, and see what I can learn. But I’m not going to have a hissy fit if my “midpoint” isn’t at page 100 of a 200-page novel. (Of course, if it comes on page 183, there might be a problem…) And I’m not going to slot in an event that doesn’t feel right just because a textbook told me to. What I can do, though, is consider the different suggestions. Try different ideas and see what works.

It’s not the easiest thing in the world, creating a character and telling their story properly. I’ll give brain-space to anything that can help me do it better. Dismissing a strategy blindly, I think, is as bad as following it to the letter.

So, for my two cents’ worth, the hero’s journey is worth considering. Read up on it. Read Vogler’s book, and read Joseph Campbell. And tuck what you learn away, and bring it out when you need it. It won’t fit everything you write, but once in a while, it might just give you the insight that you need.

So that’s your “call to adventure.” Now, go!

One thought on “Crossing Water”