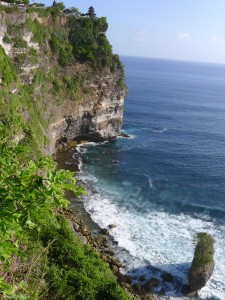 I love the fact that my daughter is an avid reader. She devours books. I think she’s reading above grade level; I don’t really know, and I don’t really care. What matters to me is that she picks up books on her own and enjoy them for hours on end. She has a cosy little reading corner, complete with beanbag chair, and it’s her favourite spot in the house. She knows the joy of getting lost in a good story. It’s one of the things I wished most for her.

But the other morning, before school, she finished the book she was reading. And she was in tears. Inconsolable. The writer had left things off at a very bad place.

Take the Harry Potter books. Each of them leaves questions unresolved. In each, we see an increase or a change in Voldemort’s power, and we’re left wondering what that change will mean for Harry and for the wizarding world. It’s a seven-book story arc, and it’s beautifully constructed. And since I was reading them as they were being written, I’ll always remember the agony of waiting for the next book. But never once did I feel that Rowling had cheated. Each story wrapped up, each delivered on its promise.

The series my daughter was reading is called The Familiars. It’s about animals, and magic, and all the things she loves. It’s funny and full of adventure. We read the first book together; by the time the second one came out, she was able and excited to tackle it on her own. At the end of the first book, there were threads left hanging, but the adventure that we had started on with the characters — the promise of the story — had been fulfilled. It was a good book. 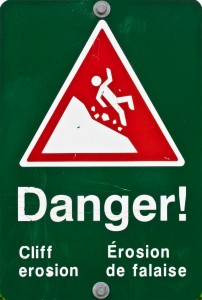 Now, I haven’t read the second one in its entirety, but I snuck a peek at the ending to see what upset my daughter.

Just as she said, the book ends with the main characters witnessing the uprising of the enemy (undead, I believe) army, about to be attacked.

To me, that’s a cheat. That’s not the end of a book; that’s getting to the climax and typing “the end.” And I suppose the original cliffhangers were cheats, weren’t they? I think that’s where the term comes from. Back in the days of those old Perils Of Pauline movies, or whatever they were called, the weekly serial would end with Pauline hanging off a cliff, about to fall. Or tied across a railroad track with the train bearing down on her, or whatever the peril of the week was.

It’s different when you can tune in next week, or even (as in the case of serialized television between seasons) after a couple of months, to find out what happens next. Books take longer. It’s usually  a year, or close to it, between releases. Books also require a greater commitment from the reader, and that commitment should be paid off.

Take this with a grain of salt; as I said, I haven’t read the book in its entirety. But as a writer, I’d think that ending with the certainty of an uprising would do the trick. Or ending with word of the army on its way. Is it necessary to bring the enemy face-to-face with the characters, and then end the book before the first strike?

In fact, the second-to-last chapter ends with a rather nice moment, where the bad guy escapes in full cackle. That could have made a nice ending. Wrap up the action, get the good guys where they need to be, give them (and the reader) a chance to regroup with the inevitable threat hanging over their heads. Closure, but a reason to read on.

But when citizens are screaming and the good guys are huddled, looking across city walls at a giant army… that’s not a scene to end a book on. That’s not closure. That’s tacky. That’s a buy-my-next-book-or-you-won’t-know-if-they-live-or-die desperate.

I’ll probably read the book. It seems only fair, having voiced my opinion about it. And if I change my mind, I’ll blog about that too. But right now, my daughter’s experience has left something of a bad taste in my mouth.

The thing is, The Familiars is a children’s book series. And any series written for children faces a unique challenge in that its audience is growing up, even while the books are being written. (The Harry Potter books handled this in an unusual way, by having the characters grow up with the readers.)

When book one of The Familiars came out, my daughter needed to have it read to her. Book two, she was able to read on her own. By the time book three is published, who knows what she’ll be reading or where her interests will lie? A year is a long time for a seven-year-old reader to wait.

I admit to feeling a bit of mommy-rage. Making my daughter cry is a pretty quick way to get my dander up. But I do believe, as a writer, that there is such a thing as playing fair with readers. And typing “the end” right before a climax is not playing fair. End a chapter there. Don’t end the book.

Like I said, my daughter is a reader. One bad experience will not change that. But what about the kids who aren’t? What about the ones who struggle with reading, the ones who undertake a series book with trepidation? If they reach the end and feel cheated, how likely are they to make the effort with another novel?

I admit to not having given a lot of thought to writing books in a series before this. The DragonSpeaker books were something of an anomaly, with three of us working together on them, and besides, they were all released at the same time. But as it turns out, I do have opinions on series books. I think that each book needs to have its own beginning, middle and end. I don’t believe in cheating. And if I ever write a series, please hold me to that.