Ever wonder how a writer is made? Here’s how.

On Thursday, my seven-year-old daughter came out of school at lunch complaining about a “mean supply teacher.” Being a supply teacher myself, I asked what he had done that was so mean. 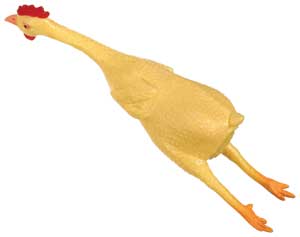 I nodded. She doesn’t like loud voices. Most teaching days I wish I had a bigger voice, but I can see how it might be off-putting for a sensitive second grader.

“And he gave us really hard work to do,” she said. “A whole math sheet that was really hard!”

My Mommy-radar perked up, sensing academic issues that needed to be addressed. “What kind of math was so hard?”

She thought for a moment. “It was all multiplying and dividing with big numbers!”

I hadn’t realized they were doing multiplication. Doesn’t that start in the later grades? Never mind. I drove on, formulating a plan to tackle the times tables one by one. Nightly exercises at the kitchen table. Maybe some work with counters at first to make it fun.

My husband was waiting for us at home. “How was your morning?” he asked.

Sarah told about the mean supply teacher again. This time, he had a business suit as well as a booming voice. And a briefcase.

I pictured a new teacher, fresh out of college, hoping to impress the principals before hiring season. Only… it was still March. Huh. Maybe wearing a suit to teach primary grades was just this guy’s schtick. I wouldn’t want his dry-cleaning bill.

Over lunch she expanded on the portrait. It turned out that he had asked my daughter and her friend (“You in the pink. And you, little girl with the blue in your hair.”) to carry his briefcase over to a table in the classroom and open it up to get the work out. Inside they found a pile of paper airplanes held down by a rubber chicken.

“That was your work?” my husband asked. “Paper airplanes and a rubber chicken?”

Maybe this guy was a drama major. Maybe he had devised this elaborate supply teaching persona just to keep the kids entertained and a little off-balance. A 21st Century answer to Mary Poppins. Genius.

Could I pull it off? Nah.

“We unfolded the paper airplanes and that was the work,” she said. She went on to talk about him whapping them on the head with the rubber chicken when they were lining up for gym class. “Just lightly,” she said, when I expressed concern. “Not hard. Not like ‘whap!'”

She went back to school for the afternoon with misgivings, hoping that her beloved regular teacher would be back. “I don’t know,” said my husband. “I think this guy sounds kind of fun.”

After school, we found out that Chicken Man had been there for the full day. And in the afternoon, as well as his briefcase, he had brought a laptop case with a computer in it. Not a Mac, my daughter specified. Such things are matters of great import in our house.

The computer had some kind of secret spy program on it so he could sit at it and pretend to be working, and it would make typing noises, but in the meantime, it was really showing him a picture of the class so he could watch what they were doing when they thought he wasn’t looking. “He let us go back and see,” she explained.

A strange, high-tech, rubber-chicken-wielding Mary Poppins. He seemed more like a character than a person. I got that itchy feeling that writers get when they want to put something in a story, but aren’t quite sure they should.

We joked about Chicken Man for the rest of the week, and then on Saturday she had a friend from class over.

Trying to make small talk over grilled cheese, I opened with “So I hear you guys had a pretty crazy supply teacher last Thursday.”

The friend looked confused. My daughter looked sheepish. The truth came out.

Chicken Man never existed. Except for the part where she had a supply teacher she didn’t like. He had given them hard subtracting to work on (she was disappointed when I explained that the regular teacher usually assigns the work), but no multiplication or division. No suit. No briefcase. Perhaps saddest of all, no rubber chicken.

I did the responsible thing and pointed out how the truth tends to surface and how lying is a bad idea. We talked about how it’s important to be clear on what’s “fiction” and what’s “non-fiction.”

But we also talked about how interesting Chicken Man had been, and how it would be fun to write stories about a crazy supply teacher. And how wonderful it is that she has such an imagination.

Deep in my heart, I applaud her diabolical genius. And I totally want to write that story about Chicken Man. But I suppose I should leave it for my daughter. After all, he is her character.