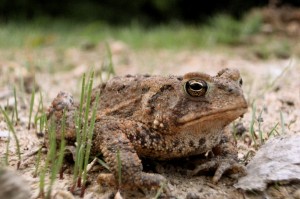 Some advice I’ve heard, and shared with my writing group often enough that I don’t remember where I learned it (Don Maass, I think, but I might have first come across it somewhere else), is to pay close attention to the first impression your character makes.

It sounds obvious, but I think it’s one of those ‘obvious’ things that gets lost while we’re paying attention to everything else. We all know that there needs to be a character arc, right? So it’s okay if my character is a miserable, self-absorbed grump in chapter one. By the end of the book, he’s going to be Mother Teresa! He needs to start off wrong-footed so there’s room to grow, doesn’t he?

Maybe. But the early chapters are also your chance to engage the reader. I don’t know about you, but I need some real redeeming qualities in that miserable, self-absorbed grump before I spend my time reading his story.

I’m reviewing a manuscript for a friend now. Since the story is aimed at kids around my daughter’s age (grade three, strong reader), I armed her with a highlighter and sticky notes and gave her the first chapter to read. It was an experiment, but a lot of her advice was bang on.

The opening paragraph describes a character struggling through the cold. The next line is spoken by the character: “Stupid wind!”

It’s a tiny detail, but a telling one. I think that the reason my daughter found that line jarring is that, in the third line of a novel, our relationship with the character is in its infancy. Heck, it’s barely been conceived. And maybe a pointless exclamation thrown (literally) against the wind isn’t the best way to make a first impression.

In his book on screenwriting, Blake Snyder talks about a “save the cat moment” — a moment of heroism in the opening scene, where we see who the protagonist is and want to identify with him. It gets its name from an old movie where the hero stops to save a cat from a tree in the first scene. Which is kind of like attaching flashing lights and arrows to his head, with a sign that says “I’m a great guy, root for me!” I’m not sure it needs to be anything so blatant (and to be fair, neither is Snyder, if you read his book), but we need a reason to want to spend time with your main character.

Maybe she’s funny and has a great narrative voice. Maybe he’s secretly kind. Maybe she’s shown in contrast to people who are worse than she is. Editor Cheryl Klein explains in her book on writing that the opening scene of Harry Potter and the Philosopher’s Stone does just this. We meet the Dursleys and are encouraged not to like them. So when baby Harry shows up, and the Durleys don’t like him — well, we’re already onside with that tiny baby, aren’t we? And he hasn’t even had to do anything yet.

Meeting a character is like meeting a stranger. We form an impression based on the first actions that we observe, the first words we hear. That impression can change over time, but let’s face it — you’re stuck beside the bragging loudmouth at the PTA meeting, but you can set down a book without finishing the first page.

It’s a problem in a lot of ‘new kid’ stories. Your character has just started at a new school. He’s worried and nervous. He misses his old friends. Realistically, he’s probably feeling whiny and resentful about the whole thing. Who wouldn’t be?

Pay close attention to the first five, or ten, or fifteen things your character says and does. Look at the impression he makes in the first few chapters. And ask yourself if, not knowing how the story will turn out or how he’ll develop, this is a person you’d want to spend time with.

He doesn’t have to be perfect. Perfect is off-putting, too. But whatever it is that you love about your character, even if it’s just the potential to be more than he is at the start — make sure we get a glimpse of that.

Or barring that, stick a cat in a tree for him to save.