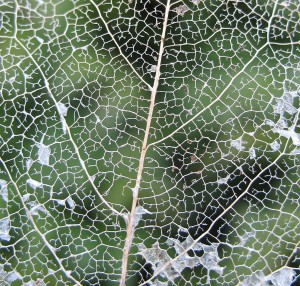 Something bad happened in my extended family recently. I’m not going to go into detail because it’s not my story to tell, and never will be. I love and respect the people involved too much for that. But I’ve learned a little about different ways you can lose people, ways I hadn’t thought about before. And I know how it feels when life goes on anyhow, because it has to.

I suppose it will probably surface somewhere. These things usually do. The subconscious is a great big compost heap, and things just roll around in there and grow.

Sometimes, when I sit back and squint at my work, I can recognize the themes and figure out where they came from. It takes time and distance to do that. (I had one story published before I ever figured out what it was really about. Just as well; I might have decided it was too personal.) For the most part, it just happens. Things appear in our stories, and we don’t know why they’re there. Characters grapple with the same issue over and over again, story after story. Stephen King’s “On Writing” discusses this with brutal honesty, and is worth reading for that as well as for all of his insights into craft.

Sometimes I try to “write safe” on purpose. I’m a bit of a coward that way. Still, the world we live in informs the world of our stories. I don’t care how fantastical the setting is or how many eyeballs there are on your slimy alien antagonist. It’s you. In some small way, it’s you. Why yes, your Freudian slip is showing — why do you ask?

Like many writers, I tell a lot of stories about outsiders. Outsiders are usually different, after all, and differences make for interesting characters. I wouldn’t like to say to what extent that tendency draws upon my nerdy, nerdy childhood. Let’s just say that if I ever write a picture book about an ironing board hiding behind thick glasses, there are those who would recognize the character.

“Life gets better,” indeed. That advice can apply to a lot of people, in a lot of situations.

Families matter in my stories. I was asked once why my Boarder Patrol character Ryan keeps coming to his cousin’s rescue, over and over again, even when he’s mad at him. I’d have thought that was obvious. It’s his cousin! That’s what you do.

When family needs you, you’re there. Whenever I’ve needed mine, they always have been, and I’m grateful for that. Right now it’s someone else’s turn, and I’m trying to work out a way to help. I might not get it right; I often don’t. Screw-ups happen. Sometimes they don’t get forgotten or even completely forgiven, but family is family.

That’s going to be in my stories, too, obvious or else buried somewhere. Floating around. Because that’s part of my worldview, the one that comes from deep inside, where all the compost is. And I’m glad it is.

I’m writing something new now. I don’t have much of a plan for this one, which is strange. I tend to be more plotter than pantser. That’s okay. I’ll see where it goes. And later, much later, I might try to look at the story with new eyes and work out where the pieces came from.

Or maybe I’ll choose not to know.